Marijuana is a psychoactive drug from the cannabis plant that is often smoked by its users. More often than not, the sole reason people do it is to get that “high” feeling, entirely unbothered by the potential benefits of quitting marijuana. Now, you probably already knew all of that, but, we just had to get the formalities out of the way. 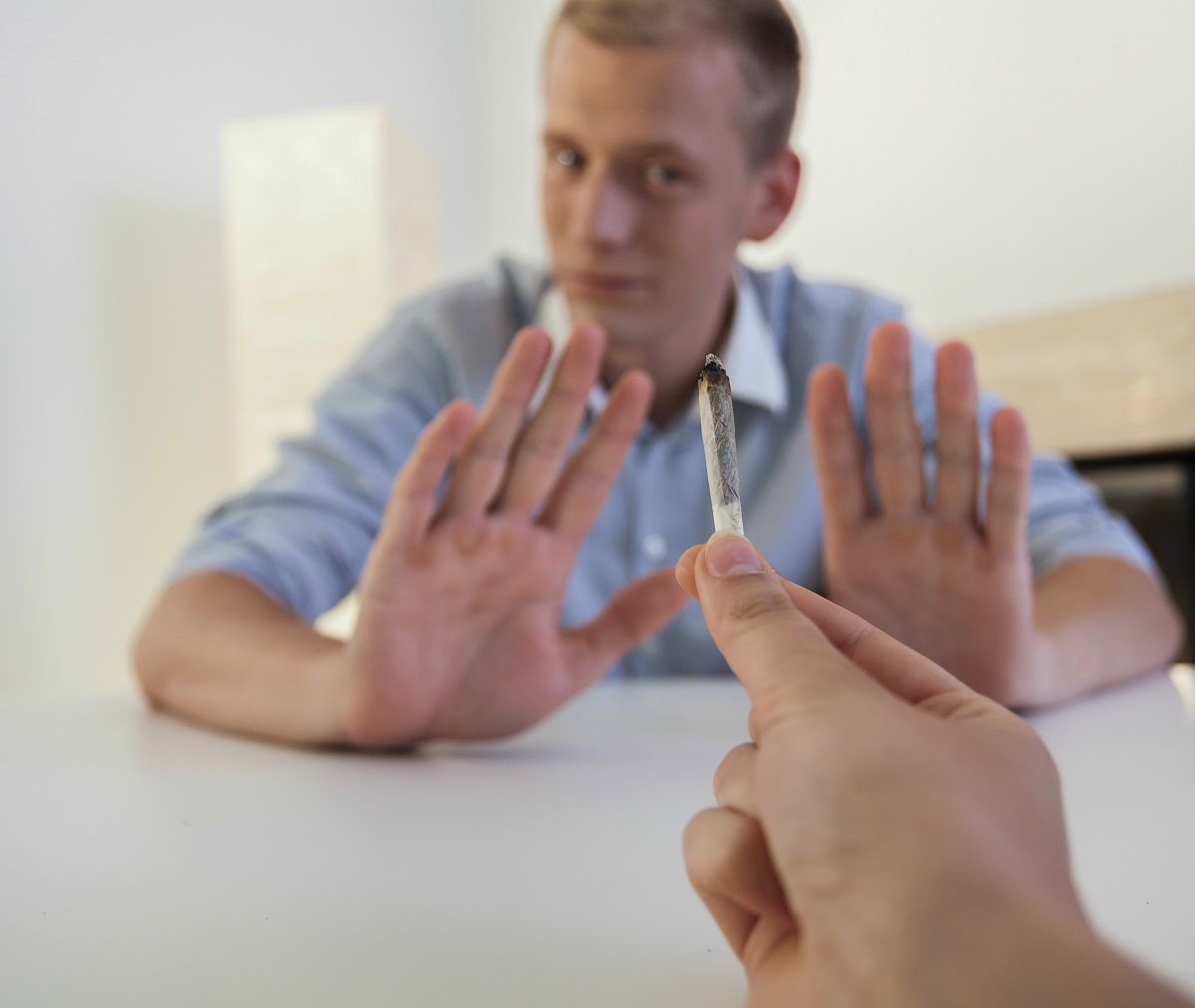 For most people, consuming marijuana is just a recreational activity. However, to some users, nothing compares to that heavenly buzz that comes with smoking it. Unfortunately, that all-so-pleasant buzz isn’t the best thing for you.

Like many other drugs, a heavy to light marijuana use can lead to several health problems. As such, you must quit using it. In this article, we’ll be looking at the benefits to gain from looking the other way when next someone passes you the blunt.

The “joy” of marijuana is in that otherworldly realm that it transports you to every time you take a drag. Besides this, many users believe that it’s great if you’re looking for a bit more focus on your work or you need to relax.

But, are we sure that marijuana doesn’t take more than it gives? Are there any real advantages to quitting marijuana? Well, let’s take a look.

Naturally, many people believe that there’s absolutely nothing that can go wrong when you’re using marijuana. So much so that a lesson on how to get rid of marijuana addiction is at the bottom of their priorities. Sadly, this belief has the same footing as the one that says that the earth is flat. In other words, it isn’t true.

Marijuana comes from nature, and there aren’t exactly a ton of ways you can go wrong with mother nature. But, a lot of people smoke the drug, and that is where the problem lies. Your lungs are built for sweet, clean oxygen and an occasional dose of your loved one’s hair at sunset. Among the top things that shouldn’t get into your lungs are water and smoke. 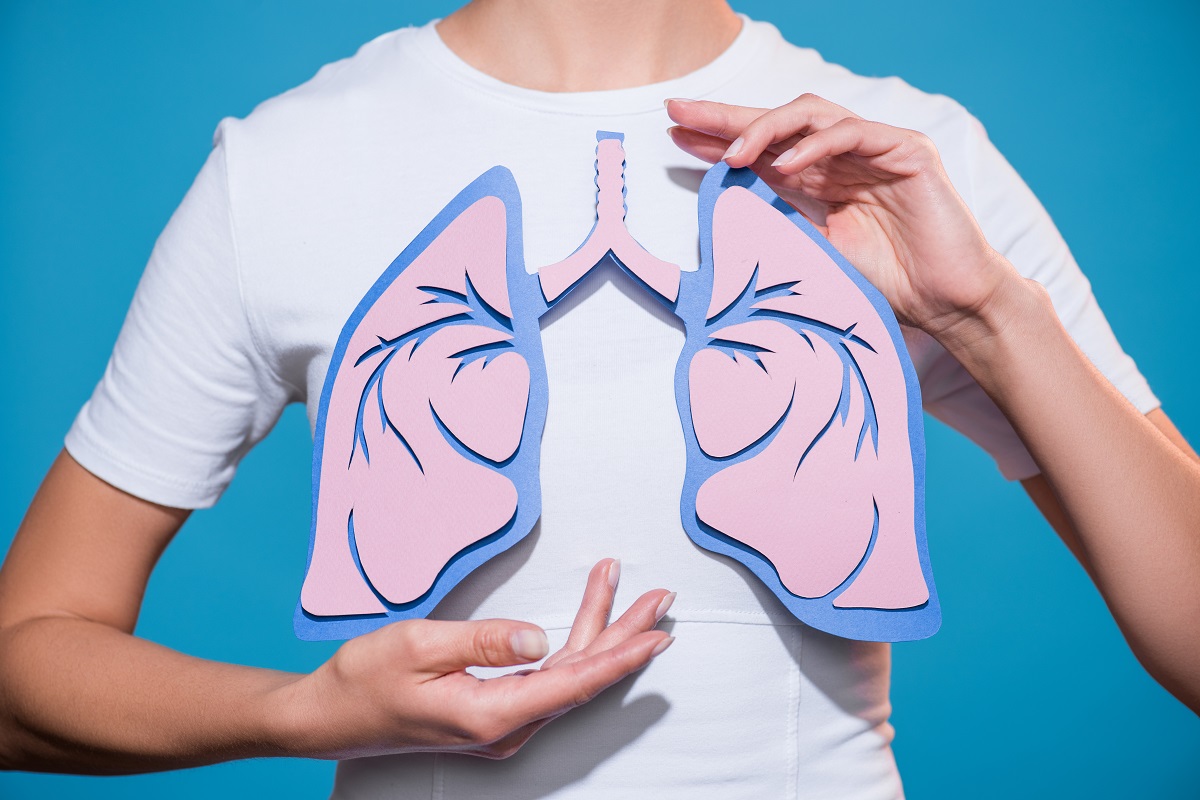 When you smoke marijuana over extended periods, you open yourself up to the risk of a number of lung problems. You might not notice them immediately you take your first drag of weed, and you probably won’t notice after the third time either.

But, it will come. Among other things, you’ll notice that you’re coughing more often and really can’t run that far without pausing for breath.

One of the major benefits of quitting marijuana is that you’ll give your lungs a chance to heal. You’ll be able to breathe easier and you’ll have better lung health.

After reading that first point, you might belong to the percentage of people who’ll breathe a sigh of relief. After all, you don’t smoke your weed. Perhaps, you cook it into your brownies like the classy stoner that you are.

The truth is that whether you’re eating it or breathing it in, you’re still posing some sort of risk to yourself. Among other things, regular intake of weed can lead to a number of mental health problems. To mention a few, there’s anxiety, depression, suicidal thoughts if you’re a teenager, etc.

These might seem easy to cope with. In fact, for some people, anxiety is pretty normalized. But, the more you use marijuana, the worse it gets. You’ll keep taking more and more, and it keeps taking its toll on your brain till there isn’t much of a toll to take anymore.

However, if you quit, you’re less likely to go through these problems. Depending on how far gone you are, you might experience a few withdrawal symptoms ranging from irritability to depression. But, as soon as you get past that stage, it’s all sunshine, rainbows, and clean air. 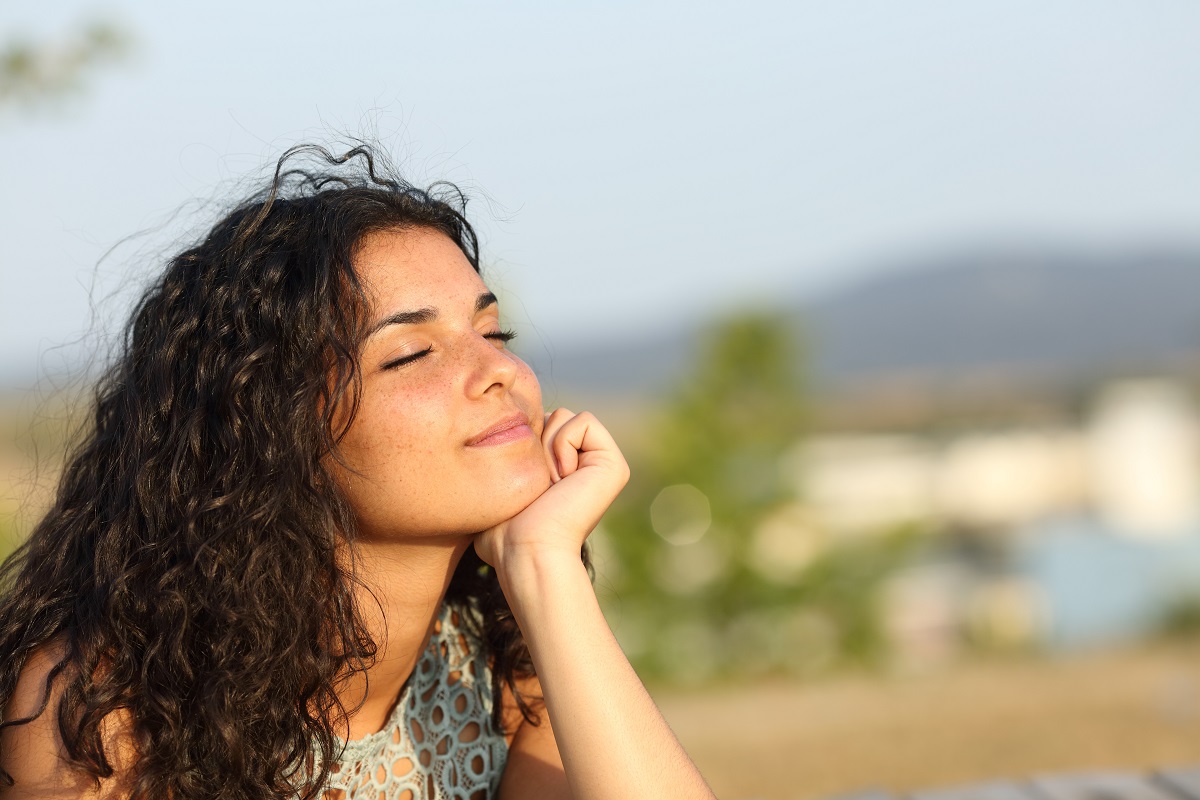 Usually, when stoners get high, they have this idea in their heads that they’re producing the highest quality of ideas. They go on about how brilliant their new dating app will be or how their spaceship can run infinitely on water.

At the moment, and to them, it sounds pretty great. But, to someone who isn’t tripping on multiple joints, it doesn’t exactly make much sense.

As such, one of the major reasons to quit weed is that you’ll be able to think better. Without weed, your thoughts will become more coordinated, focused and coherent.

Admittedly, this isn’t one of the health benefits of quitting marijuana, but it is still a pretty good reason to quit weed nonetheless. In fact, it shouldn’t take much of an explanation, but because we care about you so much, we’ll do it anyway.

Now, the price of weed varies largely from one place to another throughout Canada. This is due to several different factors from blunt quality to sales location, among other things. But, as a regular smoker, we estimate that you’ll have to spend somewhere around $1200 to $2400 if you want to get the “good stuff”.

However, even if you don’t blow through several pounds of weed per month, we still estimate that you’ll spend around $1000 every year. Now, outside these two categories, some enjoy sharing their weed with friends. If you’re this kind of person, we’re willing to wager that you’ll be putting in a lot more than those numbers.

But, another one of the benefits of quitting marijuana is that it saves you from these costs. When you finally make the decision to quit marijuana, you can divert money into better things. With marijuana addiction treatment rehab, you can make things better for your health and your wallet. 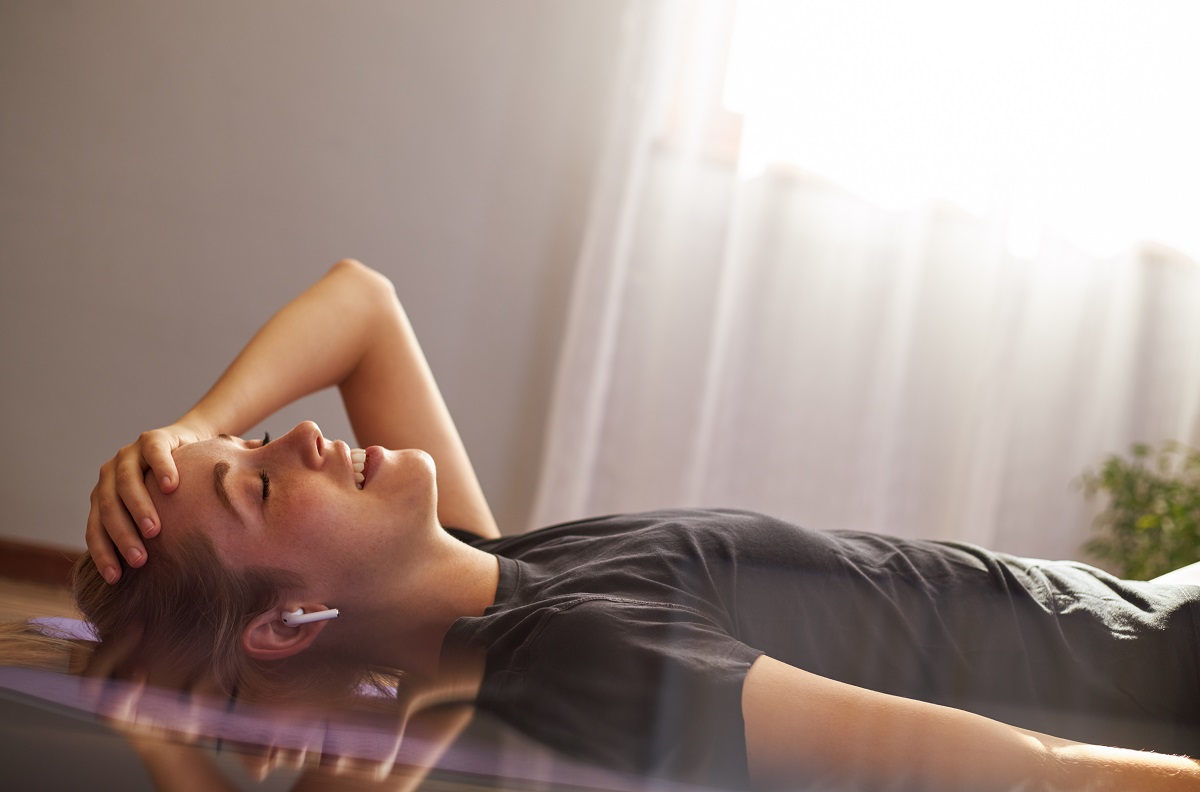 Before we started this relatively lengthy talk on the benefits of quitting marijuana, we mentioned something. It went along the lines of people taking marijuana to relax. Well, if you were in doubt before, it’s true.

Usually, after a stressful day at work, school, or even at home, marijuana addicts smoke. Admittedly, it can be a bit calming. You might not feel that nagging at the back of your mind to go insane with stress. But, this isn’t good because all you’re getting is a false sense of peace.

Your essay isn’t done; you just feel a little better about not doing it. You didn’t meet deadlines at work. Instead, you just feel less stressed out about them. Eventually, you’ll become overly relaxed, miss the deadline, and face the consequences when the weed wears out.

When you eventually learn how to stop smoking weed, this becomes less of a problem for you. You’ll be motivated enough to do what you need to do at the right time. If you’re wondering what will happen to the stress, there are tons of healthier ways to deal with stress.

The chances of getting dangerously addicted to weed aren’t ridiculously high. However, they are still there, and they are very real. As such, if you get close to that point, you’ll easily notice a couple of changes in your social life.

For starters, you’ll feel a lot more comfortable when you’re high than when you’re sober. As such, under circumstances that require you to be sober, like a date or an interview, you might find yourself being incredibly anxious. We’re not dating experts, but we’ll say that that’s not exactly the best impression to give your partner. 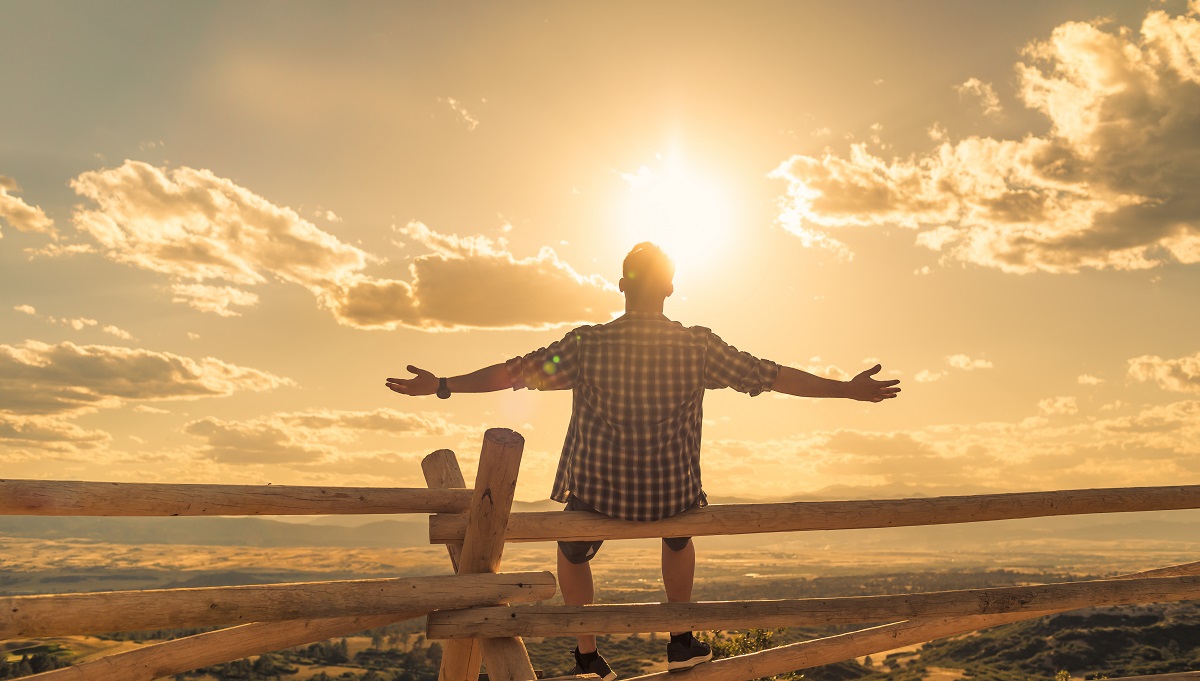 Alongside that, many marijuana users will rather their family members didn’t know they use the drug. Even if your older relations’ opinion doesn’t stress you, you’re not likely to feel the same way about your kids picking up the habit from you.

As such, you might constantly have to hide it from them or avoid hanging with them so that you can get the next puff. This will affect your relationship with your family on varying degrees.

But, when you quit, you do not have to worry about these problems. You’ll be able to function optimally without marijuana. As an offshoot, you can build solid relationships with those who matter the most to you.

Some might tell you that weed is a pretty great drug, it enhances you, and there are really no substantial benefits of quitting marijuana. Unfortunately, this isn’t accurate. Marijuana doesn’t always make you the best version of yourself. More often than not, it can serve as an impediment to your improvement as an individual. As such, you have to quit.

However, this isn’t always the easiest thing to do, especially if you’re addicted. But, if you’re truly determined to quit, you can get professional help. In that regard, check out our marijuana treatment services. We offer comprehensive holistic addiction treatment services for residents in Canada and the US. Contact us today! We’re here to help you through your journey. Contact 1000 Islands Addiction Rehab & Treatment Centre for addiction treatment programs.